Please be advised that the EIBA has cancelled all competitions for the 2020/2021 season until further notice. You are advised to monitor the situation via the EIBA website for upto date information.

Please be advised that the club will enter the club competitions eg. Masons, Double Rink, Egham etc., however, individuals must submit their own entries and payment direct to the EIBA themselves via the EIBA website. 21st March 2020

The IWIBC achieved 4th place in the Folkestone Top Ten 2013, against stiff opposition, from 13 other clubs.

In March 2014, we were finalists in the Denny Plate, a national competition in which about 800 teams throughout the country enter.

Our junior members have also been successful and Louis McCubbin and Travis Meller have been selected to play for the England Under 25’s.

In 2016 we reached the quarter finals of the prestigious, national competition the Denny Cup. We also acheived 1st place in the Folkestone Top Ten competition, 11 points ahead of the 2nd place team.

Competition entries will be invited for the 2019 - 2020 season from September 2019. Forms will be available to be downloaded from this site on the "Forms" page or on display in the club. Entries must be received by 10th November 2019 and be accompanied by your entry fee of £2 per person per competition, in CASH ONLY please.

Prior to entry, you must be available to play in the finals which will be in March 2020.

Congratulations to our Under 25's Double rink Triples who have reached the quarter finals against Swale in the David Cornwall National competition.

Congratulations to Gay Allen who reached the Champion of Champion Finals

Congratulations to our Denny Cup team who reached the National Quarter finals, which was played on 20th February 2016 after a closely fought match Wey Valley won 87 - 77 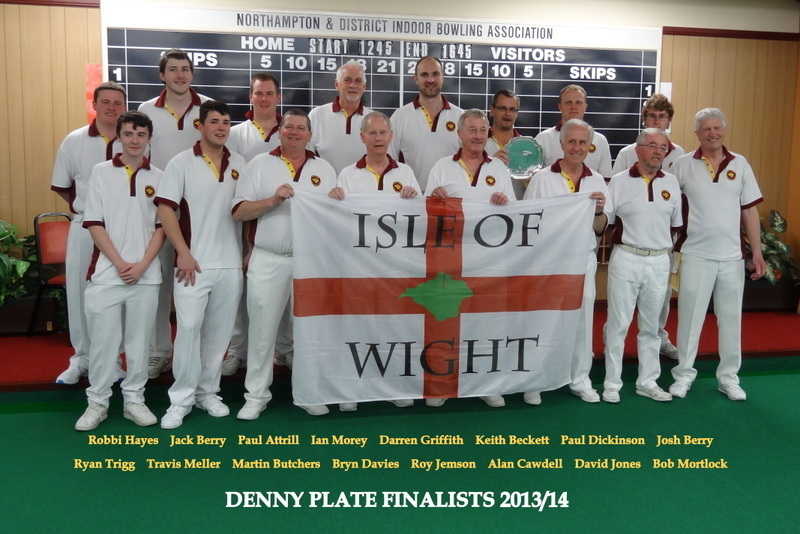